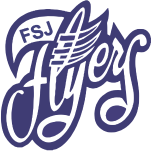 The NPHL’s defending champs have opened their season with a win.
But it wasn’t easy.
The hometown Fort St. Flyers nipped the Grande Prairie Athletics 6-5 Oct. 27 to begin defence of their league title.

Tanner LeSann scored twice to lead the Flyers while Joey Massingham, Steven Fast, Reid Campbell and Jordan Gies added the others. It was Gies’ third period goal with 10:22 left that proved to be the game-winner.
The Athletics also received one goal each from five players: Chris Lennette, Mackenzie Caron, Devin Bell, Blake Clement and Dennis Rix.
The Flyers never trailed in the game, leading 2-0 after nine minutes and 2-1 after the first period.
The Athletics tied the game early in the second on Bell’s goal but the Flyers extended the lead to 4-2 after two periods on goals from LeSann and Fast.
In the third, LeSann’s second of the night gave the Flyers a 5-2 lead. However, just over three minutes later the Athletics had pulled to within one goal on goals from Clement and Rix.
Gies’ goal with 9:38 left proved to be the winner although Lannette’s goal with 5:35 left made it interesting. The Athletics pulled the goaltender but could not tie the game.
The Athletics won three of five matches last season but the Flyers are now 9-2 in their last 11 home games against the Athletics.
The Flyers have now won their home opener in five straight years.