The Falher Pirates opened their season with an 8-6 win over the visiting Grimshaw Huskies.
But it wasn’t easy.
The Pirates built a 6-1 second period lead but watched the Huskies roar back in the third period to close the gap to 6-4. After Darren Kramer restored the lead to 7-4, the Huskies kept coming; adding two more goals to make it 7-6 but a late goal from Dallas Brochu sealed the win.
Darren Kramer scored twice to lead the Pirates, who received goals from seven different players. Dallas Brochu, Trevor Mazurek, Pat Rowan, Jeff Chalifoux, Trevor Tokarz and Koltin Caron added the other goals.
Corson Fairless scored twice to lead the Huskies while Mark Simpson, Spencer Ross, Ty Wiebe and Davis Rose added the others.
Dyson recorded the win in goal stopping 33 of 39 shots while David Gingera took the loss. He also stopped 33 shots but faced 41 overall.
The Pirates continue to score goals at home versus the Huskies. Last year, the Pirates scored 12 and eight goals in their two wins.
Another trend that held true was the Pirates did not cover the current line of 3 1/2 goals, meaning the Pirates have covered the current line against the Huskies only four times in the last 18 home games.

END_OF_DOCUMENT_TOKEN_TO_BE_REPLACED 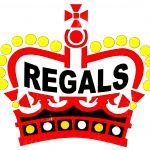 Make it nine straight losses to open the season for the High Prairie Regals.
The Manning Comets received three goals from Dave Lawrence and singles from Thomas Dechant and Josh Rutherford as they defeated the visiting Regals 5-2 Nov. 3.
The loss ties the Regals’ streak at nine straight losses to open the season with Fairview, who are no longer in the NPHL.
Jamie MacMinn’s lone goal of the first period gave the Regals the lead. The goaltenders were fabulous as Braden Gamble stopped 14 of 15 shots for the Comets while Matt MacMillan stopped all 17 Comets shot.
In the second period, Rutherford tied the game with just under a minute left in the period. Shortly after, Ross Cowell took a tripping penalty for the Regals which put the Comets on the power play. Thomas Dechant scored and it was a lead the Comets would not relinquish.
The third period belonged to Lawrence. He opened the scoring to make it 3-1 in the first minute, then added a pair of power play goals in the last eight minutes.
Stewart Cunningham’s goal closed the gap to 3-2 with just over five minutes gone but the Regals could not equalize.
The Comets outshot the Regals 43-30 with Gamble picking up the win and MacMillan the loss.
The Regals have now lost 11 straight games in Manning since 2012 and have given up at least six goals in nine of the losses.

END_OF_DOCUMENT_TOKEN_TO_BE_REPLACED 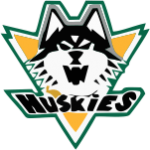 Brendan Hawryluk scored twice, including the game-winner in the first period, as the Grimshaw Huskies opened their season with a 5-1 home ice win over the Manning Comets.
The Huskies’ win avenged a 6-5 home ice loss to the Comets last season as the clubs met for the second straight year in Grimshaw to open their season.
Bond Hawryluk, Lowen Lambert and Colter Wiebe added the other goals for the Huskies, who outshot the Comets 48-25.
The Huskies led 2-0 after one period on goals from the Hawryluk twins, and 5-1 after two periods. They never trailed in the game and led 3-0 before the Comets scored.
The third period was scoreless.
The Comets received their lone goal from Josh Rutherford.
Braden Gamble took the loss despite making 43 saves on 48 shots.
David Gingera recorded the win stopping 24 of 25 shots.
The Comets spent much of the night in the sin bin taking 74 minutes in penalties compared to Grimshaw’s 26. The power play chances did not reflect the minutes however; the Comets were whistled for four misconducts and two game misconducts to account for 60 of their 74 minutes.
The Huskies have now split their last four games at home versus the Comets, who have still won nine of their last 13 games in Grimshaw since 2013.